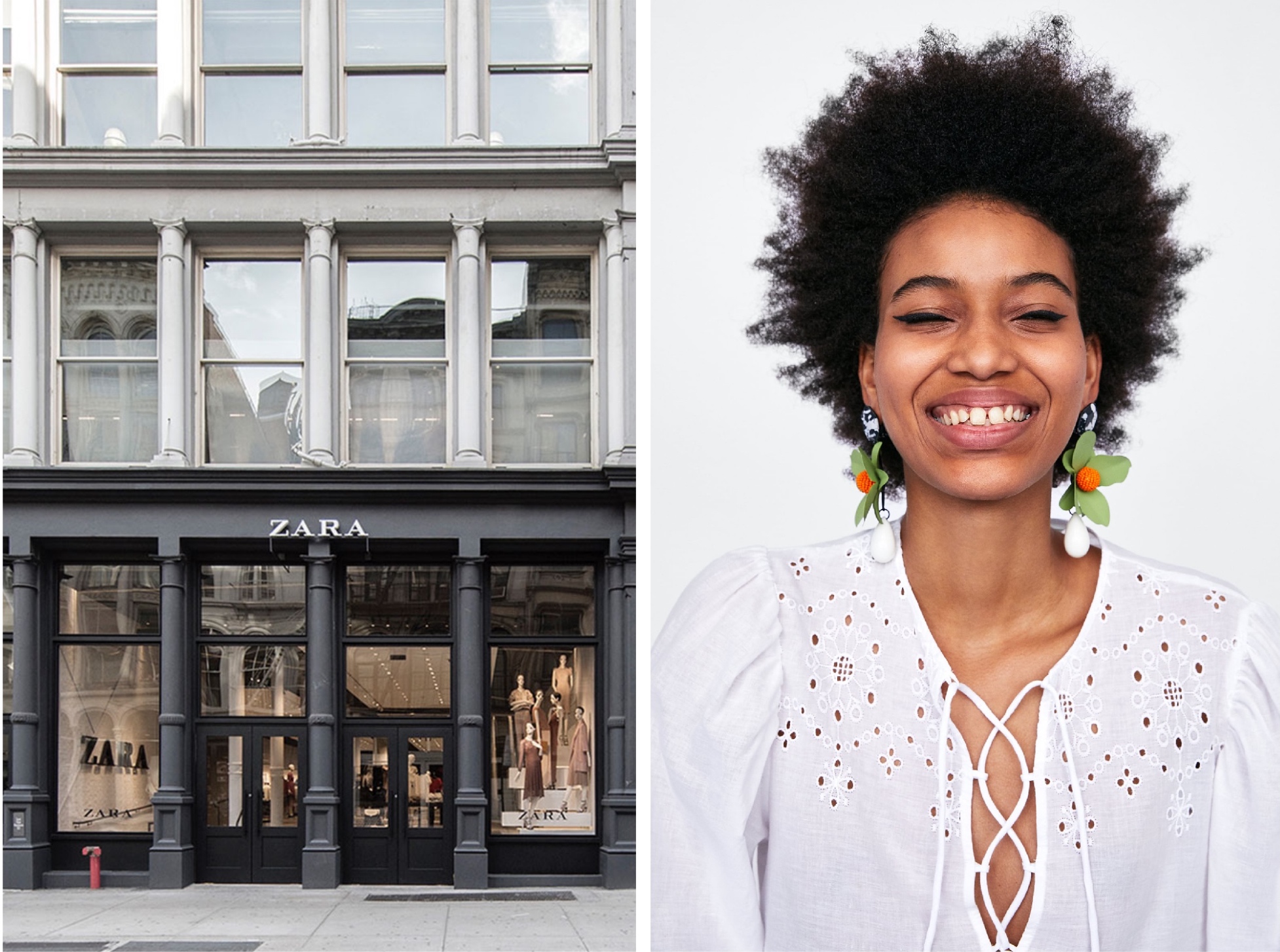 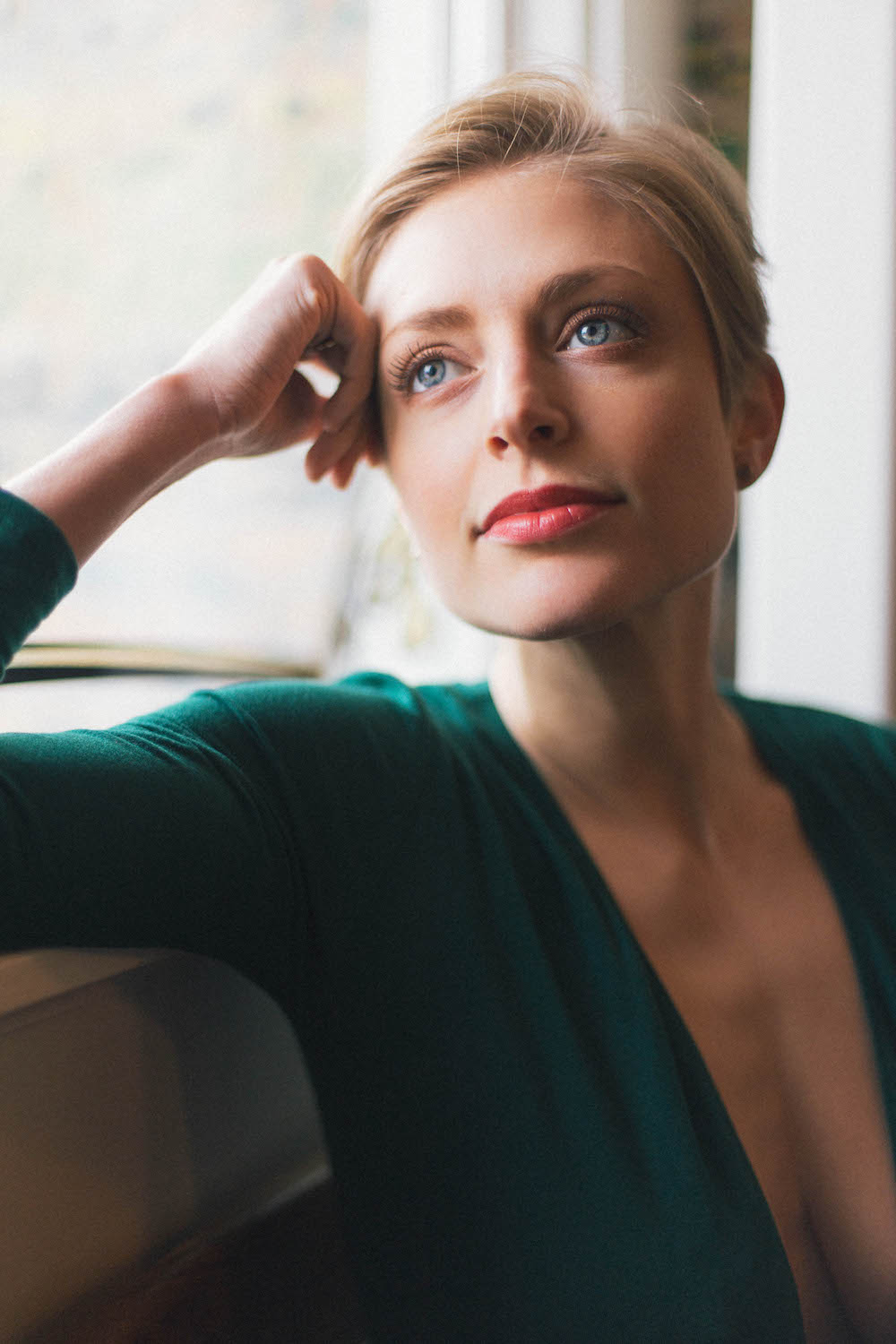 Kasi Martin is the gal behind The Peahen (thepeahen.com) where…

7 Eco-Friendly And Stylish Beach Bags For Every Budget

Why aren’t they using this power for change?

I was perusing Business of Fashion as part of my Sunday ritual and an article about H&M jumped out at me which declares that “The retailer has seen sales stall, pretax profit shrink and its shares fall over the past couple of years”.

According to the H&M Groups Q2 Sales Report, net sales increase was 0 in local currencies in the first quarter of 2018 compared to 2017.

Could it be true? With things bearish at the Swedish brand – one of the largest apparel retailers worldwide – could fast-fashion be going out of style?

Negative. Reading more, I discovered that H&M’s slump is less about the viability of fast-fashion as a model and more about the company’s strategy. The Inditex Sales Report, for example, shows that at its net sales were 2% higher in the first quarter of 2018 compared to 2017. Recall, Inditex is the Spanish company that owns Zara.

Why? BoF speculates the key to understanding Inditex’s recent `success´ over H&M comes down to diversification. Both companies have 9 independent brands but “around 9 of 10 stores are still the main H&M budget brand while at Inditex, Zara accounts for fewer than 4 of 10 of its stores”.

So even with Zara reporting “its weakest profitability in a decade”, Inditex can absorb the blow via its other brands.

If Inditex is a gluten-free loaf then H&M is fermented sourdough, a bit behind the times but still by digestible by most. And today there are also more bakers in the kitchen. Amazon and a whole slew of direct to consumer indie brands are making plays. So no matter how you spin it, fast-fashion is a carb and no one is going Keto.

While that’s a real bummer, I get it. I was once an avid Zara shopper because their clothes are too good to be true. Runway sharp style, right away, and manageable with every paycheck? Yup. But I gradually gave them up after learning the issues with their model. When clothes are that cheap it means someone somewhere else is paying the price and in the case of Zara, it’s often grave.

But admittedly, it had been a while since I actually read up on their policies. Because they’re still the biggest retailer in the game, I decided to dig there first. Revisiting their website, I was surprised to see Inditex (I looked here because Zara does not maintain a set of separate policies) had made some robust updates. Three changes were noteworthy changes.

First, I looked at Inditex’s environmental page: Our Commitment To The Environment. This is the area where I think mass retailers can have the biggest impact given the breadth and depth of their global footprint. In sum, the page says that Inditex is shifting toward more sustainable textiles like organic cotton, recycled cotton, and low-impact cellulosic fibers like Lenzing’s TENCEL™ (their brand name for lyocell).

These fabrics all check the `eco-box´. Great. But the page fails to say outright how much of their clothing is actually made from of these sustainable textiles. Instead, it references more nebulous numbers, like saying Inditex used “318% more organic cotton by weight”. When? Based on what? And my personal favorite quote is: “100% of the water and almost all chemicals can be recycled in the production of TENCEL™”. That’s incredible but it’s a selling point for Lenzing. It doesn’t tell us what impact Inditex made by using it to make their clothes.

More encouraging is Inditex’s Collect, Reuse, Recycle page, which details exactly how used items donated to Zara are repaired, resold or recycled. I say it’s encouraging because 1. it provides explicit detail on where clothes are sent and 2. it sets a tangible goal of sending zero waste to landfills by 2020. If they achieve that…bravo.

After reading this, if a friend asked me where to donate their clothes, I’d recommend them to Zara. That’s because they partner with reputable resellers like Cáritas, Redress, Salvation Army and Red Cross so I think there’d be a lower risk of the donated clothes getting sent to a developing nation where they could actually hurt local economies. To learn more about this, you can also read my blog post “What I Learned About Second-Hand Clothing in Costa Rica”, here.

Next up, I browsed the page about Human Rights. The gist here is that Inditex shaped its policy based on the United Nations Universal Declaration of Human Rights and the UN’s Guiding Principles on Business and Human Rights. The policy itself also mentioned the UN’s Sustainable Development Goals, which go deeper into specific issues. This sounds like a lot of corporate mumbo-jumbo, yes, but the UN has legitimate enforcement mechanisms to hold companies accountable.

Additionally, Inditex has taken strides to enhance worker safety and signed the Accord on Fire and Building Safety in Bangladesh in response to consumer advocacy.

While this seems encouraging, we must also consider that we have no way of knowing if Inditex is adhering to this agreement. Especially given that the company has an iffy past treating its workers fairly.

A recent example of this was reported in the Associated Press, Istanbul, “Workers from an outsourced manufacturer for Zara and other retailers have been going into Zara shops and leaving the tags inside clothes. The tag reads ‘I made this item you are going to buy, but I didn’t get paid for it”.

Finally, I focused on Inditex’s Suppliers page which outlines their standard and their own Code of Conduct for Manufacturers and Suppliers Inditex Group as well as their Traceability. This area is where they could go further and provide more detail to consumers. The industry has reached consensus and said supply chain traceability is a top priority so Inditex should take it more seriously.

Currently, the company is relying on a network of people and organizations – they call them ‘clusters’ – for accountability. They’re located in Spain, Portugal, Morocco, Turkey, India, Pakistan, Bangladesh, Vietnam, Cambodia, China, Brazil and Argentina, the countries where Inditex does 95% of its production (according to them). I can only assume Inditex expects these folks to have the knowledge and wherewithal to advise them on the labor standards, specific needs and nuances of their regions.

But to me, this seems arbitrary. Expertise ‘on the ground’ is a viable model to global development, certainly, but who are these people? Where exactly are they working?

Scrolling further, I think I’ve found some answers. I discover an Around The World Map that promises detail on Inditex’s production and I get excited to spend my Sunday stocking their supply chain.

Wrong. This map is where transparency becomes a transgression. Navigating it, I selected a country, Spain, since Inditex houses the majority of its production close to home. It shows me the number of stores, 1,663; suppliers, 208; factories, 466; and social programs, 5; located there.

Yet, it names none of them explicitly. So how are we supposed to investigate their supply chain? Without specifics, we’re left to take Inditex’s word as fact. This is a ‘dip their toes in the water’ approach to transparency that’s more about marketing than truth. Inditex could look to H&M’s Supplier List, which lists names, addresses and grade levels of all its factories, as an example.

An Opportunity For Zara

At this point, I’ve dished out lots of advice to Inditex knowing all these things are easier said than done.

So often preaching about policy or practice fails because no one, especially a business, likes to be told what to do. Furthermore, it fails to show the person or business you’re criticizing that you truly understand their motives. Meeting them where they are is a better approach and one more closely aligned with consciousness.

So what makes Inditex tick?

Let’s look into their priorities. We know they pioneered the fast-fashion model. It’s been their bread and butter for more than three decades. Naturally, they’re going to be wary of anyone or anything that could cannibalize their place in the market, and today, that’s happening. There are new e-commerce sites moving clothes faster than Zara, sometimes with a 1-week lead time. Inditex leaders are probably shaking in their knockoff Balenciaga sneakers.

According to Reuters, Zara is wising up and “looking to technology to keep up with faster fashion”. They’re exploring methods to help them better track and manage their inventory so they can speed delivery. One of these is a chip that would “integrate into security tags carrying style and size information about the garment and allowing the company to locate its whereabouts at any point in the supply chain”.

Pause. Does anyone else see the glaring opportunity there?

What if they used the technology they’re already building to hold their suppliers accountable across their supply chain? Heck, they could even make a real-time map for us! I imagine this would be relatively easy. They might have to build digital control towers like other companies are doing. Or perhaps they’ve already done this.

Either way, there’s potential to make a positive change here and it’s low hanging fruit. If the company used their new tagging technology for sales and good they could stay competitive, ensure their workers are treated fairly and avoid nasty public relations nightmares.

How Does Fast Fashion Relate to Climate Change?