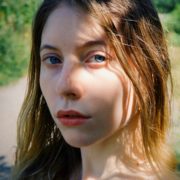 Mia is a Paris-based freelance writer from Vienna. When she…

Today is World AIDS Day – which we see as a beautiful reminder to unite people and the planet worldwide in the fight against HIV. Have you ever heard of vegan condoms? Then let us introduce you to what vegan condoms are, their benefits, and our favorite vegan condom brands.

For starters, being vegan means to stick to a plant-based lifestyle. Vegans do not consume animal products, including meat, fish, dairy, eggs, honey, leather, fur, silk, feathers etc. OR products that contain animal-derived substances. This means that vegan products are free of animal (by-)products and do not harm animals during production e.g. animal testing.

Most condoms are made of latex which is a fluid harvested from rubber trees. So basically all latex condoms could very well be vegan, right? – Not really. Here comes the non-vegan part: to soften the latex during the rubber-making process, regular condoms use the milk protein casein. Vegan condoms replace casein with plant-based alternatives such as thistle extract.

Vegan condoms only use plant-based ingredients and do not test on animals. Moohoo!

Vegan condoms are made of natural rubber latex from sustainably grown forests.

Vegan condom brands pay their farmers and factory workers a fair living wage and make them work under healthy conditions. Vegan condoms still cost about the same as regular condoms.

6 Eco Fashion Books We Can Recommend To Read

So what do you think, are you down to try vegan condoms? Stay healthy, surprise your lover, and collect some karma points. – You can thank us later 😉