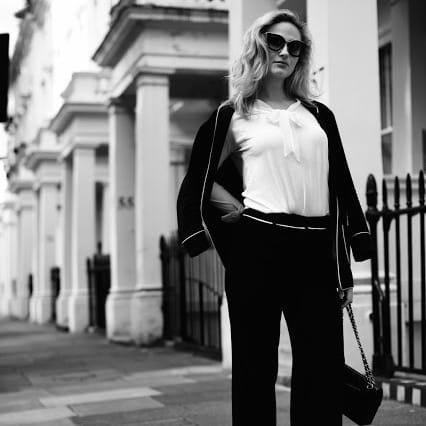 I invite you to participate in a challenge. Take the shirt you’re wearing now. Roll it up a bit from the left inside or peek at the tiny label on the backside of your neck. What does it say?

I bet 99% of the inside labels, the ‘Made-in-*fill in the gaps*’ didn’t exactly concern your current country of origin. I take the challenge even further, and state that most of us had a Third World country inserted in the gaps. Perhaps for some, a country they had never heard of. Only a few of us can boast wearing an entirely domestically made shirt, if not mere Greenwashing. The Scandinavians among us perhaps see at least a place not far from their country of origin (but take it with a moderate dose of irony).

According to The True Cost Movie, 95% of the clothing Americans bought in the 1960s was made in the U.S. By 2008, the figure had dropped drastically to 10%. Today, Americans only make 3%. And the same is coined true for most other regions — profit-oriented Western ready-to-wear conglomerates are sailing their ship elsewhere. Clothing industry is suffering under an appalling effect of rejection when it comes to domestic production, as we all know the trick: produce in the lacking Third World where cheap labour and low-cost of materials facilitate the process. Then ship back to the thriving consumer market of the West and sell with a triple price margin to the naive native consumers.

Repeat the process season after season. The whole process leaves no space for words, such as ‘domestic’ and ‘locally produced’. In fact, as evident in the experiment, these words have almost faded away from our garment ‘Made-in’ labels. For the retailers, sometimes even the mere act of considering options closer to home seems like a great headache. We all know the halo-effect around Louis Vuitton and ‘Made in France’ (according to The Guardian, the manufacturing of the French luxury label’s ‘Italian’ shoes backtracks to Romanian factories, however). Or choose whatever luxury label’s sunglasses or jeans and start finding the labyrinthic way back to supply chain. Mission almost impossible. Unless you want to spend some excruciating effort without a conclusive, satisfying end result moving along the process at a snail’s pace, worth a century of your valuable time resource.

Well, on a positive note, change is in the air. Consumers demand transparency more than ever and are refused to be fooled no longer. Meaning, fool us once but we’re not exactly inclined to believe all meticulous labels speak the truth. But I guess that’s the aim of mega luxury superstars: to remain ambivalent about their origin, and make the customer question without a conclusive result. Yet still give no hints and remain impossible to backtrack.

As a backlash, mourning of the unfortunate catastrophe and impending loss — the Rana Plaza factory collapse in 2013 in Bangladesh — has triggered much conversation and left us less indifferent. We have all given at least some thought to the ethics of making our clothes. As customers, we are simply more ready demand transparency, which leaves little space for greenwashing. To find a fraction of the truth, what are the benefits of local production vs. outsourcing overseas?

Although choosing production in the Third World sounds tempting, as labour is cheap and you can still get more value out of a $, these benefits of local production still outweigh the gloomy consequences of ‘the other side’.

Although it’s undoubtedly times cheaper to produce clothing overseas, it surely entails some concern with communication, and staying in control. Especially concerning working with different time zones and often the language barrier it brings along. Perhaps conglomerates can choose to appoint local sub-managers to oversee production at a local plant and recite guidelines to workers. But that may mean the company that is responsible for orders will largely lose touch with real-time work executed at the factories. If too much effort goes simply into telling people what to do, less focus is actually placed on overseeing the quality of production and showing concern about workers’ safety. Local suppliers, however, are more reactive than the ones further away and that facilitates communication. There’s also hardly any language barrier and it’s a great way to be present, available and oversee the pace of production, while keeping the workers motivated. It’s also about the speed of transportation matters: it’s much easier to arrange a shipment across the neighbourhood than from the other side of the world.

Much of the ready-to-wear quantities overseas are restricted to a relatively large number according to factories’ individual regulations. However, in the U.S., order quantity minimums are still under great control of the producer — manufacturers can start at 100 units or even less. And then gradually re-order between 200-2000 units. Keeping the minimum quantity under control enables the business to grow gradually and is therefore exposed to less business risks. This method also helps to remove the obligation to hold a lot of inventory in warehouses. Although we’d like to think online shopping has made that bit easier by revolutionising their own order optimisation, we all know what the high-fashion brands sales are there for: to get rid of past season’s stock!

As communication is more efficient and production under control, domestic development and manufacturing timelines can be about half or even one-third of that of overseas. Clear communication and keeping production under control also helps to eliminate hold-ups in customs and delays with overseas shipments. Meaning, making profit out of produced goods doesn’t come with an immense delay, so the return can quickly be invested elsewhere within the business. Also, you may consider that by using domestic labour you also contribute to the local economy, which means fair wages controlled by the government and more honest tax payers. It’s a real win-win no overseas production plan can easily surpass.

If you ask me, the production’s effect on the environment needs to be considered among the first in line. Small-scale local production helps to eliminate the waste of unneeded products made to adhere to overseas minimums, reduce emissions and energy usage. Controlling the development of the product first-hand enables greater quality control and helps to reduce waste and overproduction, ensuring the item remains sellable. Obsolete inventory quickly becomes a thing of the past. Not to mention the waste caused during shipment: excessive packaging and labels, aligned with multi-channel transportation, emissions and cost of fuel (whether cargo plane or ships). Don’t forget the cost of (clearly underpaid and sometimes child) labour operating as a mediator channelling all these processes. The cost of these operations can be reduced by localizing your supply chain. With less money being sunk into logistics, there will be less weighing down the company’s bottom line. All these tiny particles of production altogether impose a tremendous weight on the environment, which could all be alleviated choosing local production.

Often, the further away the company is from the elements of its supply chain, the less control they have over them. Quality standards may greatly fail due to remote or missed communication. Many unexpected issues may arise, and hands-on approach is definitely preferred when trying to solve them. Fabric flaws, special polishing techniques and the quality of other minor production details can cause hiccups. Face-to-face communication, however, will allow companies to address any concerns and ensure all products adhere to production standards. You cannot fail to notice them with personal connection in effect, when it comes to domestic manufacturers. Then, whatever issues surface, they can be communicated and solutions can be found fast and effectively. This keeps production running smoothly and ensures the quality of the product actually meets all standards and stands for your values as a business. Being present also keeps you more grounded and there’s less chance of commands being ‘lost in translation’. Not to mention, direct communication with your employees helps to build trust.

Every company has its own value system and T&C. Yet, more emphasis should be put on risk assessment and health and safety checks of those participating within the production chain. Manufacturers should be more careful than ever dragging their production too far overseas, as they have past events to learn from: collapse of Rana Plaza, for example. Local production enables using all-encompassing methods to oversee the real work conditions and machinery, and make sure workers partake in regular health and safety checks. Some companies, in fact, by being more present and understanding, place more emphasis on workers’ wellness, offering regular gym memberships or some alone-time in a yoga class organised by the company itself. We all know that a mind that’s not well, or a body that’s not entitled to rest, cannot produce great results. Regulation of work hours can also be optimally restricted within domestic production: worker’s rights are protected by local laws and work hours and breaks clearly stated in a contract, considering the provision of local authorities and interest groups. Also, if something doesn’t seem just right, workers can communicate that to authorities, whereas the producer will be forced to take action and make improvements, or pay a fine. It’s entirely fair, as we’re taking about the well-being of workers here.
As customers are demanding transparency, I doubt a company with questionable health and safety standards could get away with it so freely. That way more and more emphasis should be put just on that: making your workers feel well. That also brings more great results and increases productivity. Happy, well-paid employees are also more likely to invest in local businesses, so it works altogether more or less similarly to circular economy. Additionally, respected and well-off local business is also a catalyst for a thriving, healthy community — benefitting local economy and the people who live there through fundraising, volunteering and other sponsored activities.

Looping back to the start, greater control over health and safety, waste reduction, reactive communication, low minimums, quality control and quick turnover — all these factors speak pro local production. The downfall and apocalypse of producing in Third World countries has already began as a backlash, marking a stark end to the detrimental fast-and-more consumption habits of the West. As more customers have been informed about slow fashion and are thus demanding transparency and fair attitude to workers’ rights, manufacturers and conglomerates have to be brave to act accordingly and focus on these beneficial factors of producing locally. How many factory collapses innocent people around the world need to survive before we start waking up? A shift in trends is largely encouraged. After all, it’s better for both, the receiver of fashion goods and the Earth. Let’s ditch the labels stating ‘Made-in-{insert Third World Country}’ and make local production en vogue again. It’s shouldn’t no longer be a predicament, and by encouraging change, we can collectively work our way out.

A Guide On How To Start A Sustainable Fashion Label