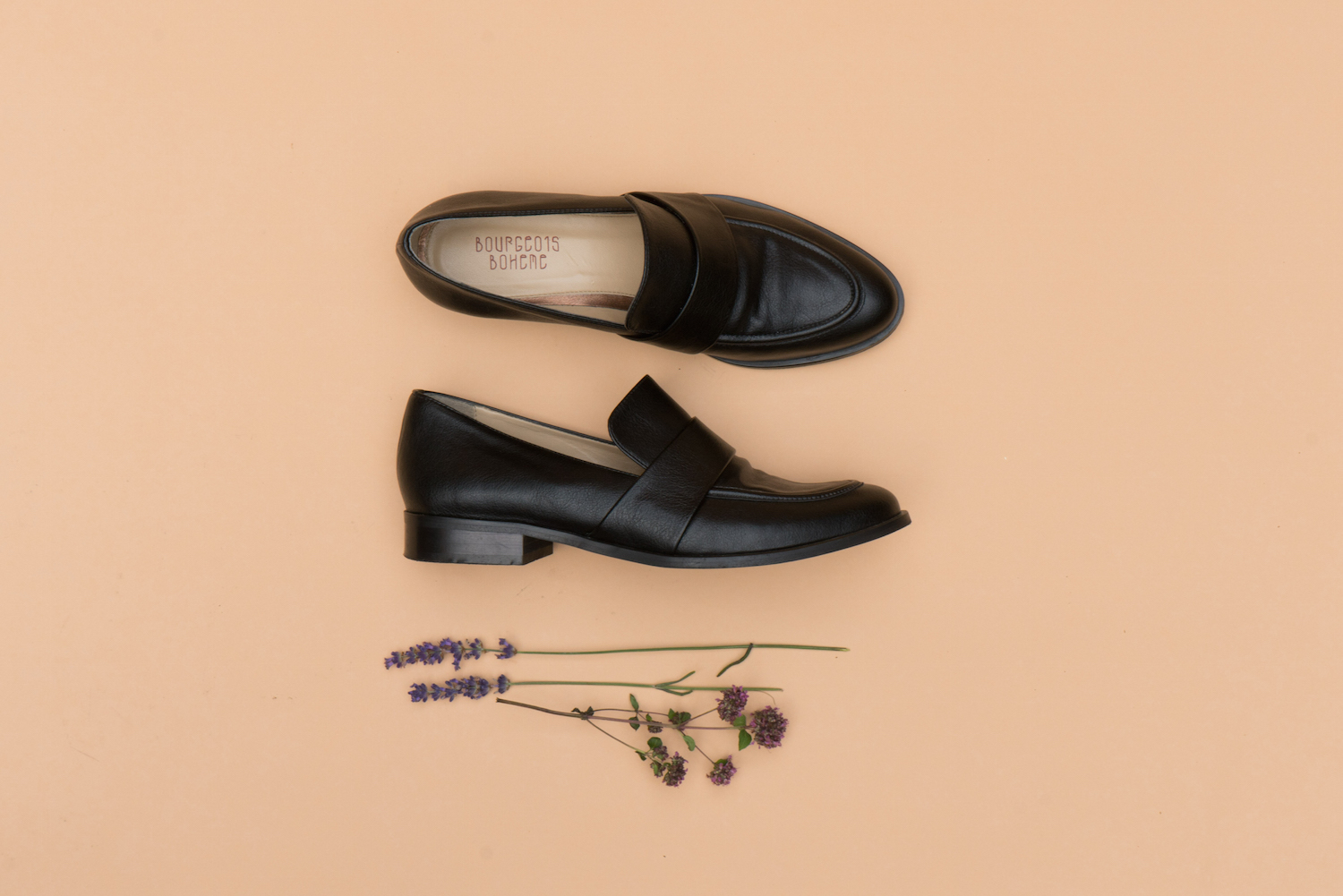 As a crucial part of ethical living, have you ever thought of the larger impact of wearing leather? That is no news leather is a by-product of the food industry. Furthermore, in order to pass it on for fashion industry’s use, leather is often treated with toxic chemicals. This process can carry several health risks to the producer, the wearer, and the environment.

Today, we still confront a bloated industry that boasts high hopes, and even higher profit margins. Not to mention, its success can be widely attributed to our buoyant hunger for luxury. In 2017, the idea of flaunting our net worth in the form of rather extravagant attires also counts as the main catalyst to blame for couture houses resorting animal hides to a decadent touch. A practice that often comes with an environmental burden too heavy to bear. Rotecting the animals, saving scarce ecosystems, and finding ways to phase out water pollution are the key arguments against leather use. We need better, more guarded ways of production in an eco-conscious world, predicting viable modus operandi for generations to come.

As a backlash, different leather synthetics — previously cherished by the 1980s and ‘90s club kids — have now especially spurred interest with a new generation of millennial shoppers. You may still feel lucky, as by ditching leather, you’re definitely not missing out on equally chic fashions. Many fashion houses and brands, from Stella McCartney, Vivienne Westwood, Gunas New York, and James Payne, to name a few, are now boycotting the use of leather entirely. Instead, they’re opting for synthetic, faux alternatives, when designing their trendy, seasonal accessories.

All this change might be attributed to the activism work already done. Luckily, people are becoming more aware of the other side of the coin. The threat of global leather industry is to do with abusing animal welfare and its effect on our precious planet. But let’s unveil the truth: What are the actual benefits of vegan leather vs. leather, as we know so far? Is vegan leather as unethical as we believe it to be, compared to its more common, ‘genuine’ counterpart?

What is vegan leather?, you may ask. Well, it differs. You may say the DNA of faux leather is a versatile mix. Whereas the focus lies on picking up innovative synthetic components to replace real leather, rather than using the raw source of animal skins. But the actual materials and textures differ a lot. Materials that classify as vegan leather, also known as faux leather, begin from plant-based polymers and go as far as Piñatex (innovative pineapple leaf fibre), or mushroom (MuSkin), with variations, such as cork, barkcloth, glazed or waxed cotton, waxed canvas, polyvinyl chloride (PVC) and polyurethane, are widely recognised by fashion and lifestyle industries, whereas the latter are the most common ones used for synthetic leather products. On the bright side, contemporary manufacturers are always upping their game. They use innovative ways to bring new eco-friendly leather textiles to the market, and thus, advance the industry.

Read also our article on vegan leather alternatives (coming next).

You may have already heard that leather is a co-product of global meat industry. Therefore, we equate it with the environmental impact of animal agriculture. Yet, it has been argued that in case of some animals, the meat we consume is the by-product. For example, more exotic skins from ostrich, lizards, kangaroos, crocs, alligators, and snakes are hunted specifically for the high value of their skin. These exotic skins are a highly sought-after resource in the high fashion and luxury industries. Also, as leather has high profit margins when sold to the clothing industry’s use, it’s officially the most expensive part of the cow, for example.

Making of faux leather uses an entirely different method altogether. So far, bonding together a plastic coating to a fabric backing is the most common way to make faux leather suitable for use. Also, the types of plastic used in these coatings vary (see above). This is often what defines whether the production is eco-friendly in particular.

Yet perhaps the most detrimental part is the threat leather production imposes on scarce ecosystems. We must note that clearing room to grow feed crop involves deforestation. To draw a grim example, by far, 70% of previous Amazon forests is now used for pastures. As a result, manufacturers capitalise on a thriving global luxury market and our hunger for affluent animal skins. Deforestation itself ruins the quality of the soil, and accelerates climate change. As a consequence, this unethical practice is causing loss of habitat for millions of living species, putting scarce ecosystems at risk.

In addition, animal agriculture is one of the main sources of water pollution. All of which directly derives from animal waste, fertilisers and pesticides used for growing feed crop. Yet this is only one side of the coin of a rather complex issue altogether.

The most problematic part is not concerned with getting the leather, but its post-production after sourcing. Namely, the animal hides need to be treated to prevent them from decomposing (rotting). Sometimes they even need to be dyed to preserve for longer. It’s not the tanning itself that is harmful, but the pollutants and chemicals used to treat the skins. Primarily, there are three methods currently in use to tan animal hides — chromium, aldehyde, and vegetable tanning. By far, none of them brings good news to the environment. The toxic brew of chemicals used, ranging from complex formaldehyde and coal-tar derivatives to cyanide-based toxins and ammonia, directly causes gallons of water waste.

In major industrial production regions, such as India, Bangladesh, and China, the solid waste from tanneries often gets dumped untreated in rivers and other water sources. However, these are the key clean water supplies for local residents. Statistically, for every tonne of hide produced, 20-80 cubic metres of chemically toxic, contaminated wastewater is unleashed on the environment. As a consequence, the water pollution can cause respiratory problems, nerve damage, infertility and birth defects. It also kills all its flourishing fish and plant life. We don’t think using such inhumane measures is cool either.

What speaks in favour of leather, though, is that nature has created its own closed-loop system for its biodegrading. The carcass of an animal can decay in the ground and fertilise plants that serve as food for next animal producing meat and skins. Yet is used vegan leather good for the environment? Plastic-based synthetics, on the other hand, won’t fully biodegrade, and are also extremely tricky to ‘down-cycle’. It also wouldn’t be of much use to make other wearable items out of them. In order to re-manufacture faux leather, it would require a complete molecular breakdown of the material. When they do break down, they produce toxic micro-particles, e.g. phthalates (here: softening agent), that are later ingested by animals. That way they enter the food chain. This process is linked to the cause of hormonal disruptions, breathing problems, skin and eye damage and cancer.

Also to consider: Dropping serious cash on synthetic leathers is no object. It’s more important to consider the long-term value of your purchase. Bespoke leather products are both high quality and highly durable, whereas faux leather boasts a significantly lower price. Although vegan leathers are mostly easy to clean, the laminated surface cracks after only a few years of use. Genuine leather, on the other hand, lasts 10-20 years longer.

Use in Fashion Now

Nowadays, the biggest manufacturers and prestigious luxury houses, such as Valentino and the entire Kering Group, are very much aware of the ugly truth surrounding leather production. They have now dedicated their social mission to the use of vegetable dyes, natural tanning processes, and slaughter only cattle raised on old farmland, as opposed to land reserved for the growth of rainforests. These brands are also eliminating harmful, toxic PVC from their fashion goods. Other brands are opting for the use of alternative leathers, including fish and eel skins, which usually get thrown away as food production waste.

Genuine Leather vs. Vegan Leather — Which is the Winner?

Real leather has been cherished by populations for centuries. To be fair, its potential harm may not be so wide-scale. Especially when sourced from sustainable ranches, dyed naturally, and efficiently biodegraded. Yet, as leather industry will always largely equate to animal agriculture, it will always leave an inevitable environmental footprint. On the other hand, vegan leather — although some bad repercussions have surfaced lately — will always be tied to the innocent advancements of textile technology. The newly-found technologies are aiming to reduce its environmental impact through innovation and throwing new, game-changing materials to the market.

So is the hype about vegan leather as an eco-friendly alternative all bogus? There are reasonable grounds to believe producing vegan leather is more harmless. As for its production, no animals need to be slaughtered and no rainforests taken down, or the life of organic ecosystems disrupted. However, we should focus on investigating its actual connection linked to detrimental water pollution in industrial parts of the world. Advocating its use without further clarification of facts sounds like nothing but mere greenwashing.

If the rational dilemma between leather vs. vegan leather is too much of a burden, sometimes the truth lies not only in reducing leather consumption. It lies in reducing and re-evaluating our consumption habits at large. To consume less, choose well, and opt for products crafted with minimal harm done to the environment. Could this be coined as the ultimate truth? Pick a side. But by far, I believe, one atrocious act will not entirely cancel the effect of the other. Whilst not partaking in both seems to tick all the boxes.