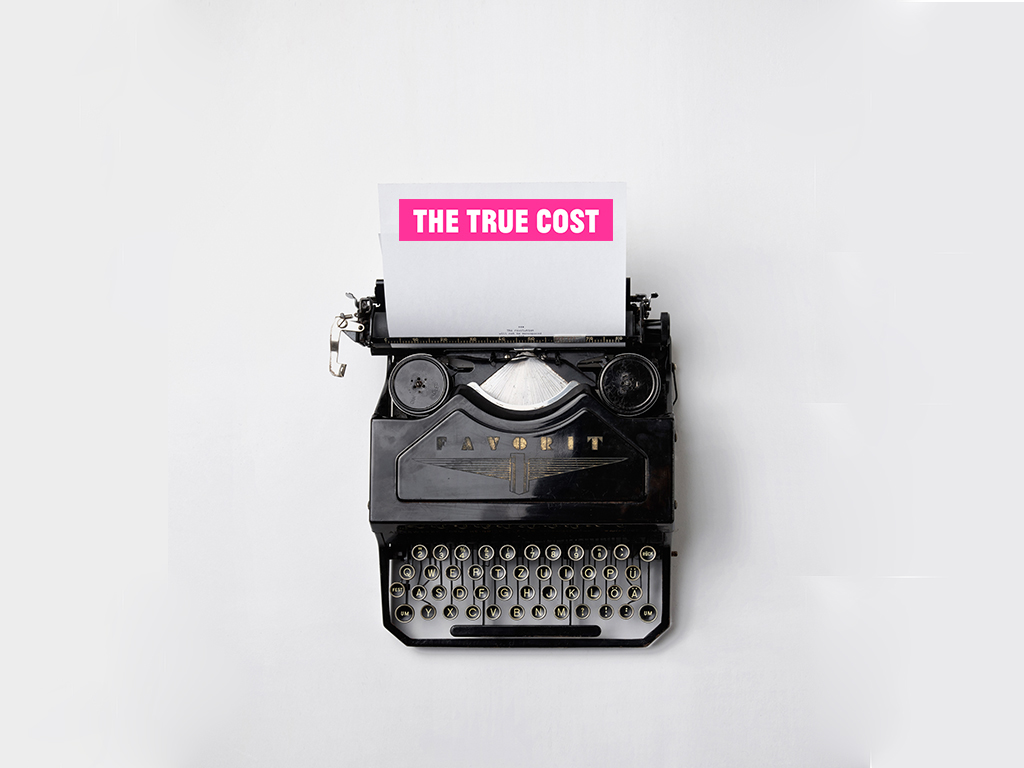 The True Cost, the documentary, is a must-see on your next Netflix binge. An exposé on the fast fashion industry which shows that if the price tag looks too good to be true, then it probably is. Workers and the environment in some of the poorest communities a paying the true price, From the farms to the factories where they work they are exploited and exposed to toxic chemicals and unsafe conditions which can be fatal or lead to chronic disease. Did we as consumers consciously decide to turn a blind eye or did we never even ask the question – where do my clothes come from?

Andrew Morgan, the director, doesn’t have a background in fashion but instead is a film-maker who saw an injustice and had the urge to start asking questions. The film starts to unravel how  advertisers having really gotten into our heads by driving our demand for fast, cheap goods without an after-thought for where or how these goods are made. Some of the marketing campaigns have become akin to propaganda, feeding us must-have trends every week and making the consumer feel proud and affluent for the large quantities they can afford at such little prices. We live in a society where textiles are sold as a disposable commodity.

Up until the 1960s, the US was making 95% of their clothes, now they are making around 3% and outsourcing the rest to countries where they can manufacture at dirt cheap prices. And it is no magic formula to these cheap prices, its running workers 14-16hr days on less than minimum wage and in unsafe conditions. The Rana Plaza disaster in 2013 turned the spotlight on the horrors of some of these garment factories when nearly 1300 workers died when a factory building collapsed near Dhaka, Bangladesh. Managers had forced workers to carry on each day even though they had complained about the visible cracks in the building walls.

This was the worst disaster in the clothing industry but sadly is not an isolated incident. The tragedy came just months after a factory fire killed more than 100 workers nearby. Coincidentally enough in the year proceeding these accidents, record-breaking profits were seen throughout the fashion industry. So again we are reminded, it is not cheap fashion, someone is paying a price.

Fashion is the second most polluting industry after oil. From pesticides in cotton farms to synthetic dyes in manufacturing, waterways are being polluted and local residents are being poisoned.  From chronic disease to farmer suicides, the statistics are staggering and continuing to rise. And at the end of the cycle, after the clothes are bought and taken home from the stores, they are worn and tossed into the landfill. The average American alone is responsible for 37kgs of textile waste each, most of which is non-biodegradable.
So where is the light at the end of the tunnel? ‘‘Make choices to support life, not take it away”. There are brands out there who are changing the status quo and you can vote for them each time you when choosing where to spend your shopping dollar.

You can read more about the documentary by checking out truecostmovie.com or jump onto your favorite movie player and watch it for yourself.

Or have you seen The True Cost yet? How did you like it? We are curious about hearing your personal review.

5 Ways To Empower Women & Girls In India Through Menstrual Products

6 Eco Fashion Books We Can Recommend To Read